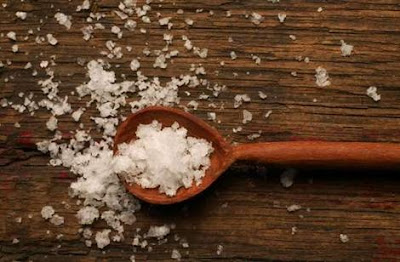 An interesting paper came out last week in that delightful wellspring of whimsy – The Clinical Journal of the American Society of Nephrology (not actually one of the many periodicals I follow). It made a splash because the authors were saying that – despite the fact that nutritionists have been trying to cut back on salt intake – despite the fact that we’re getting more and more salt in processed foods – that the country’s nutrition experts have set recommended salt intake levels too low. It got picked up in a lot of papers because this is how health/science news works: Conventional wisdom is established with a few articles (and reinforced with simpering on morning television) and we all assume that we are dealing with certainty (Salt: Still Bad For You!) so we don’t see it in the papers again until you get a study that perks everyone up by questioning that conventional wisdom. This is the structure that forces every science article to say “everything you knew is wrong.” Furthermore – we should pause to note that two of the authors of this paper have buddied up to consult with the pro-salt lobbying group, the Salt Institute. Nevertheless, it’s worth taking seriously for the following reasons:

1. We need salt: We die real quick without it. We can’t store it like we store fat, or vitamin A. We can’t manufacture it in our bodies. We can get rid of it quickly by sweating and peeing if we have too much. There is evidence that appetite for saltiness is regulated by the brain based on how much sodium we have in our bloodstream.

2. We all tend to eat the same amount of salt: There was no new evidence in this study, it was a review of data from the past. Most of it having to do with measuring pee. This is science folks, testing cup after cup of pee and determining sodium content. It’s the best way we have of telling how much salt people eat. The numbers fall between 2,700 and 4,900 mg per day. Which is a lot higher than recommended (2,300 mg if you are healthy 1,500 mg if you have high blood pressure). If people tend to gravitate to this zone, why push them lower (the authors argue)?
3. Salt is politicized: The debate over salt is not conducted in the dulcet dinner-party tones we NPR-types favor. Everyone is screaming at each other with their fingers stuck in their ears as Gary Taubes demonstrated nicely here. We have pushed out the necessary level of uncertainty in coming to our consensus that salt is bad.
But wait, I hear you saying, the salt hypothesis makes sense. True. When you eat salt you retain more fluids so pressure rises. And we don’t need much salt to survive. The original argument for less salt came from comparing cultures: There were these pre-industrial people without much salt in their environment and they seemed a lot healthier than people that ate a lot of salty french-fries. We evolved without a lot of salt in our diet, so we were wired to seek it out, and now that we have plenty of salt we can’t control ourselves. Perhaps. Or perhaps it was the entire industrial lifestyle that made those french-fry eaters less healthy rather than just the salt.
And what about the money from the Salt Institute? Keep in mind that those authors were only invited to work as consultants after they had published a paper trying to show an association between salt consumption and blood pressure (they had to do some statistical gymnastics to do so).
So is it all a lie? Salt doesn’t cause strokes or heart attacks? Well that’s just it, we don’t know – we’re still a long way off from knowing. So what do you do with scientific uncertainty like this? First of all, stop worrying and eat what makes you happy. We know for sure that stress raises blood pressure. After that, it couldn’t hurt to avoid food so over-processed that it must use salt as a crutch in limping it’s way toward palatablity. And finally, exercise: If you have too much sodium for your kidneys to handle you can sweat it out, and I’ll bet that the biggest difference between the healthy pre-industrial folks and the unhealthy Americans has to do with the relative amount of time we spend in limp repose.